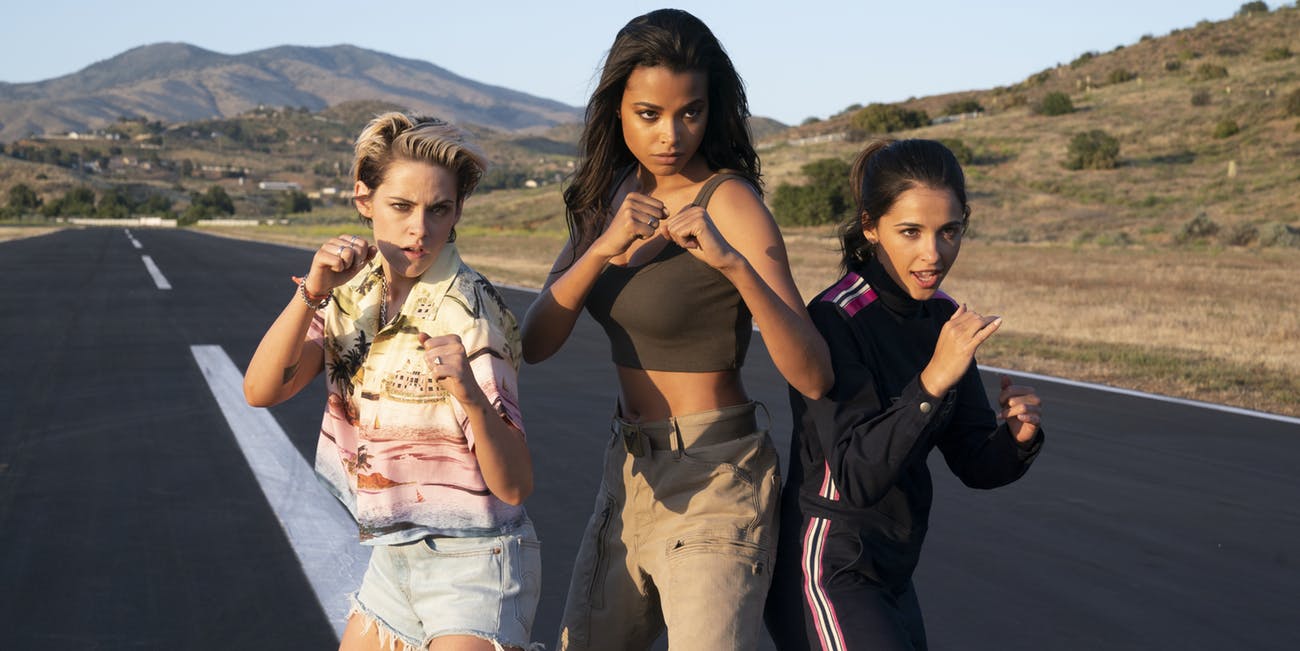 Yet another reboot has arrived, only this one comes to us from the 1976 series and early 2000 movies known as “Charlie’s Angels”, and it’s not as terrible as you would expect it to be.

The era of spy thrillers may be long past, but a good spy movie is almost always welcomed. The Mission: Impossible franchise has maintained its force and actually gotten stronger as each movie has progressed, but long before Ethan Hunt and Jason Bourne were household names, one man owned a team of spies, or angels, to carry out the impossible tasks.

This time, the angels consist of Kristen Stewart, Naomi Scott and Ella Balinska with Elizabeth Banks as Bosley, and the chemistry between these three girls is so fun.

They bounce off of one another’s quirkiness, intelligence and insanity so well. Kristen Stewart may have a bad wrap from the Twilight films, but she is not as terrible as you might expect. Banks plays the team’s boss, Bosley, and also directs the film.

Banks had previously directed Pitch Perfect 2, and in my opinion, it was a solid movie that did well to honour the first film while moving the story forward. Here, Banks is able to better hone her craft as a filmmaker and her talents are certainly on the rise.

What the film does fall short is in suspense, alongside minor writing qualms. While it’s fine to honour the cheesiness of the 70s spy movie, it’s always a good idea to try and move past it and improve on it. Some moments in the film offer dialog that the cast cannot salvage and it is somewhat jarring.

The twists in the film were decent, if not predictable, but the execution of said twists is smooth enough that I found myself looking past how cliched and overused it was. In all fairness to Banks and writers David Auburn and Evan Spiliotopolous, there’s very little room for innovation in genres that have existed for as long as the spy movies have.

What the film also does well is not overly sexualize the main girls. Is flirtation a tool they harness to kick butt? Absolutely. Is it a point of focus for the audience? Absolutely not. It was refreshing to see for the series and helps push female characters forward more.

Now while the review may sound overly positive, make no mistake that the film is not a masterpiece. It is worth the price of general admission and is a lot of fun, but, it fails to reach the heights of other spy franchises.

I am not, however, opposed to a sequel or even two more films to make a trilogy, provided the script is good enough and not as a cash grab.

In the end, a movie with three great leading ladies and a director who is far from green makes for an entertaining time at the movies if you’re not looking for anything too deep.