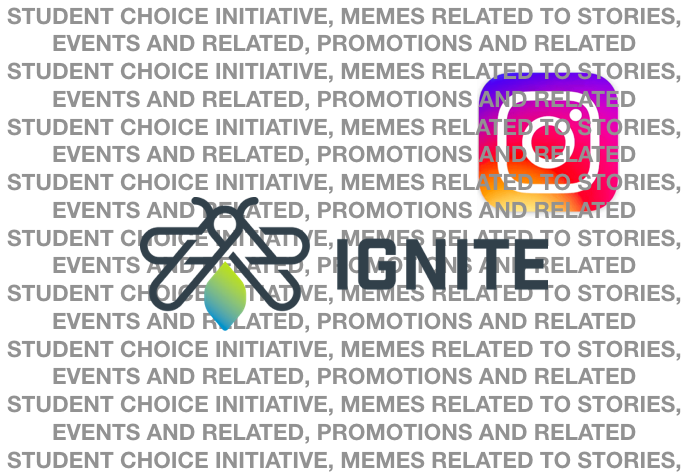 In comparison to counterpart student unions at three separate institutions, IGNITE has significantly less digital promotion encouraging students to not opt-out of the services and programs it provides when the Student Choice Initiative comes into play for the fall of 2019.

Since the optional student fees were announced on Jan. 17, The Avro Post found that IGNITE posted three times regarding changes to the Ontario Student Assistance Program in the form of less grants and more loans and the their response to the SCI.

What is the Student Choice Initiative or SCI?

It allows for students to opt-out of certain fees they were previously forced to pay when attending post-secondary institutions. Most of these fees power student unions, on-campus publications and other programs or services.

IGNITE’s executive director told The Avro Post he expects the student union to have “”nine to 10” options for students to un-select come fall.

Between Jan. 17 and April 24, @ShareIGNITE account made 63 posts on Instagram. There were five categories that The Avro Post broke each post down into: Regarding OSAP or the SCI; an event or related to event; story promotion; meme related to a story; and another type of promotion.

During a series of interviews with IGNITE Executive Director Ercole Perrone, he refused to directly address the status of the student union’s outreach, digitally or otherwise. IGNITE’s executives only formally participated in one rally at Queen’s Park.