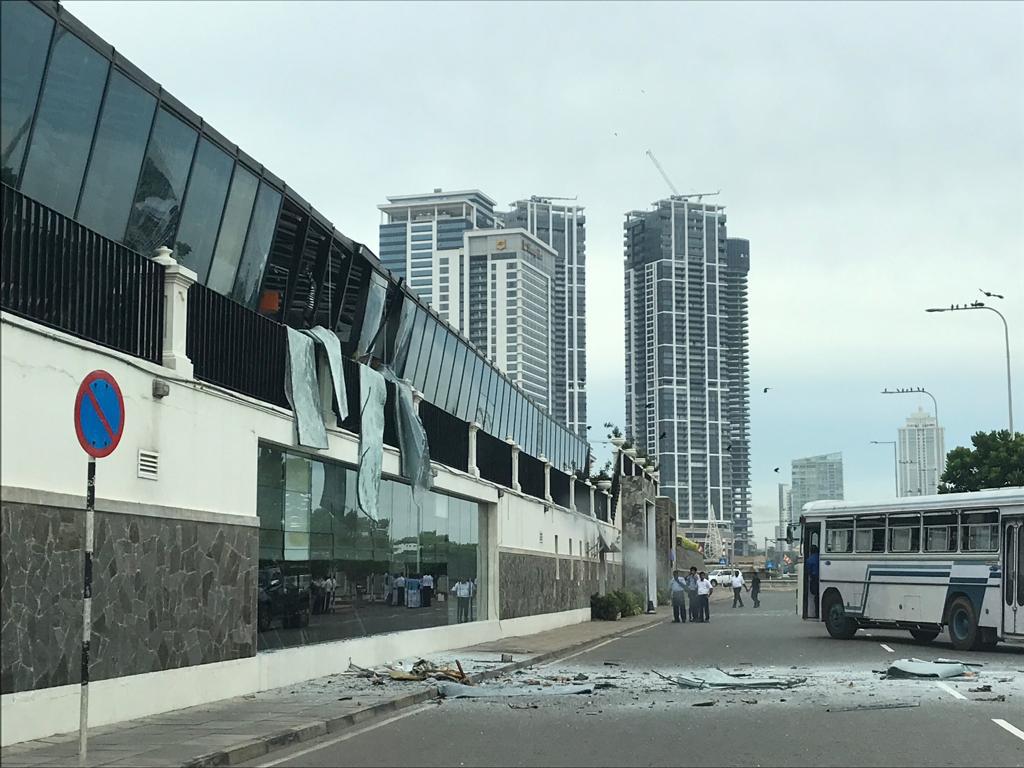 The Asian island country of Sri Lankra was hit with at least six explosions on Sunday in three churches and three hotels, killing over 50 individuals and injuring some 160 in what appears to be a coordinated attack during the Easter celebration marked by Christians worldwide.

The churches of Kochikade, St. Sebastian and Batticaloa as well as hotels Shangri La, Cinnamon Grand and Kingsbury were struck. Images and video of the scenes show chaos, bodies and damaged buildings.

At least 80 individuals have been admitted to hospital in the capital Colombo, AFP news agency reported. Local reports have suggested that the number could be much higher, but there has not been an official figure released yet.

Sri Lankan media report that foreign tourists may be among the casualties and the death toll could be higher than is being reported.

No individual or group has yet said they were responsible for the attacks.

Image of Kingsbury Hotel via Pramod Madhav on Twitter.