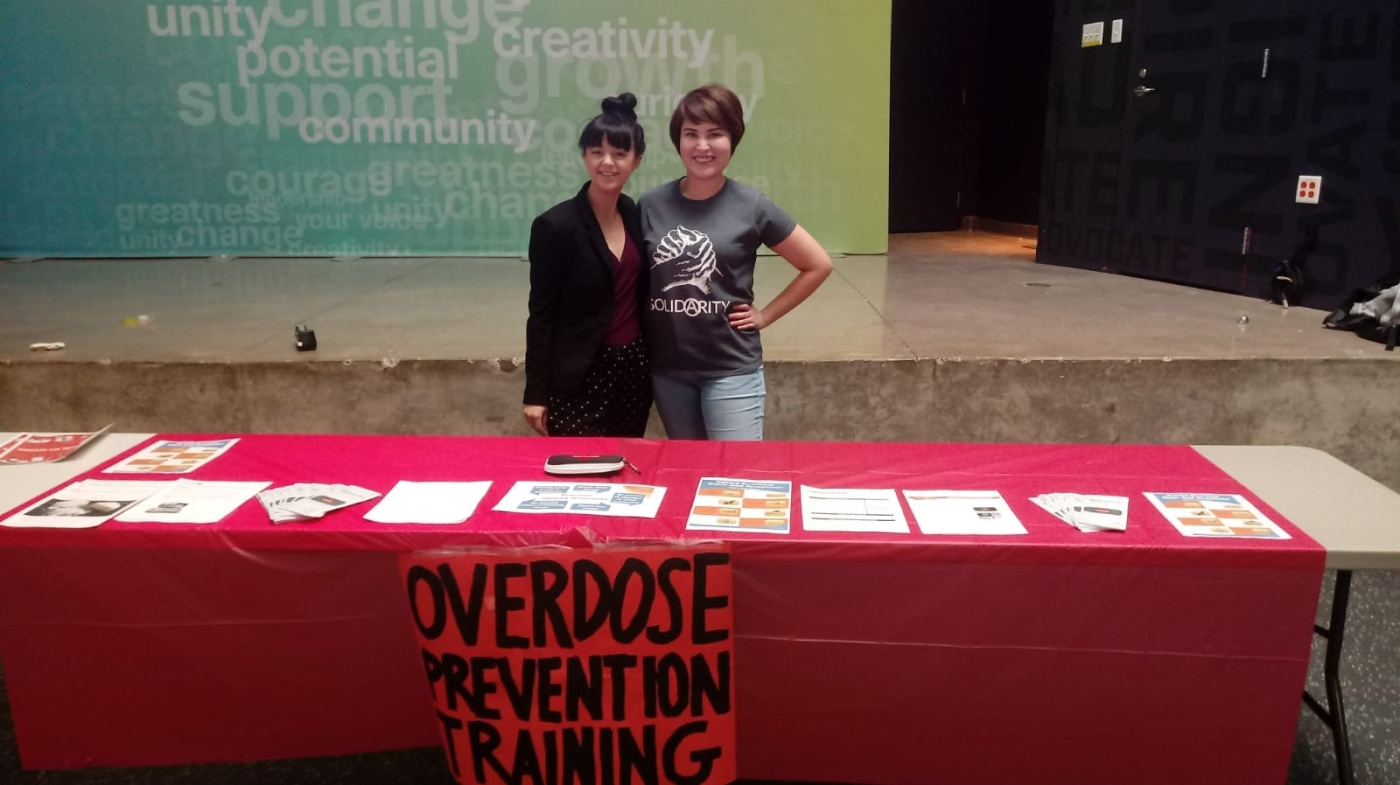 A group of students from various groups on campus had an unsanctioned naloxone training session on Tuesday in the North Campus Student Centre, which organizers hailed as a success after giving out several of the opioid overdose response kits.

Organizers said that opioid overdoses have become an “epidemic” in Ontario, and with estimated deaths that number in the hundreds each year in Toronto.

The group gave out “at least a dozen” kits to those interested, and also promoted the availability of free naloxone kits in local pharmacies.

Emelia Maceášik, president of the Humber chapter of the Canadian Students for Sensible Drug Policy, Pre-Med Society co-founder Hannah Derue and a third male who asked not to be named have been advocating for access to harm reduction initiatives from IGNITE.

The three organizers went ahead with their unsanctioned event after the Humber College administration, Student Life at the University of Guelph-Humber and IGNITE denied their requests for a sanctioned naloxone training session and harm reduction event.

A petition for “readily accessibility naloxone training for students” on campus was submitted to the student union. One of the organizers said the petition was left on IGNITE President Monica Khosla’s desk.

The organizers provided information regarding opioid overdoses, how to spot someone that may have overdosed, and how to treat them in an emergency.

Naloxone kits were also provided as a way to promote the availability of free naloxone kits in local pharmacies.