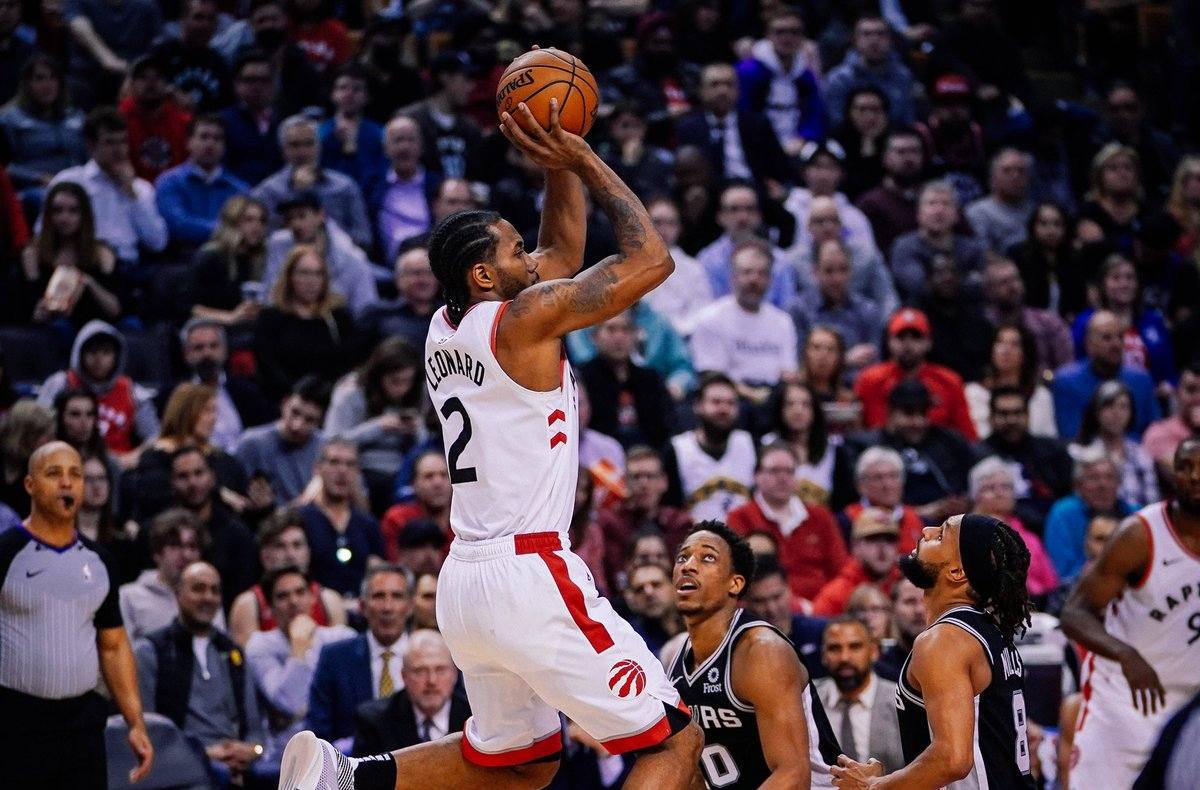 DeMar DeRozan visited Scotiabank Arena for the first time as an opponent as the Toronto Raptors defeated the San Antonio Spurs on Friday night, 120-117.

The Toronto crowd thanked DeRozan by giving him multiple standing ovations, including during his introduction, and during the first timeout of the game when a video tribute was shown.

DeRozan scored 23 points on 7-12 shooting, shot 9-9 from the free throw line, and had eight assists and four rebounds. Another former Raptor Rudy Gay recorded a double-double as he had 12 points and 10 rebounds. LaMarcus Aldridge had a quiet night with six points and eight boards.

Poeltl was also honoured with a tribute video.

Return of The Yak pic.twitter.com/lbtvi7iQGO

DeRozan created a lot of highlights during his time as a Raptor, and continues to make fancy plays as a Spur.

Kawhi Leonard led Raptor scorers with 25 points against his former team, Pascal Siakam had 22 points as he shot 7-10 from the field and made both of his three-pointers. Danny Green and Kyle Lowry scored 17 points each. Serge Ibaka recorded his 11th double-double in the last 12 games as he had 15 boards and 13 points.

The Raptors went 14-30 from three-point range, and were not afraid to shoot it.

Coach Nick Nurse was ejected for the first time as an NBA coach in the third quarter after receiving a second technical foul from arguing with the referees. Assistant coach Adrian Griffin took over coaching duties for the rest of the game, and drew up some effective plays.

DeRozan’s go-to shot has always been a fade-away, but his counterpart Kawhi Leonard showed him that he has it in his locker as well.

The game was tight up until the final seconds, when Leonard and Lowry double-teamed DeRozan to force a turnover and score the go-ahead basket.

KL² IN THE CLUTCH pic.twitter.com/97LJ9kCQaa

The Raptors host the Orlando Magic on Sunday afternoon at Scotiabank Arena.